The Congress is scheduled to adjourn for its August recess. However, the COVID-19 pandemic relief measures may keep Members in Washington depending on progress.

Notwithstanding headlines this week focused on the collapse of economic activity in 2Q, results were in line with expectations and financial market soothsayers have already transitioned to predicting 3Q GDP to be as high as 30%.

The rising continuing claims reflect a resurgence in the COVID infection rate and are highly correlated to service sector jobs and incomes under $40,000.

The disproportionate COVID impact on job loss ties closely to those who live paycheck-to-paycheck and rent their homes.  In the event the service sector dislocation outlives COVID, the larger housing crisis we face this time will be rental.

NAR reported this week on the ability of mortgage holders to meet their needs for each state across the country. For example, in Kansas, the District of Columbia and Vermont more than 93% of the mortgage holders paid last month’s mortgage payment. In Kansas, 94% of owners paid while only 5% did not pay and 1% deferred the payment.

By contrast, less than 80% of the mortgage holders paid last month’s payment in Louisiana, North Dakota and Mississippi.

NAR uses the 2020 Household Pulse Survey weekly report provided by the US Census bureau to conduct its analysis. 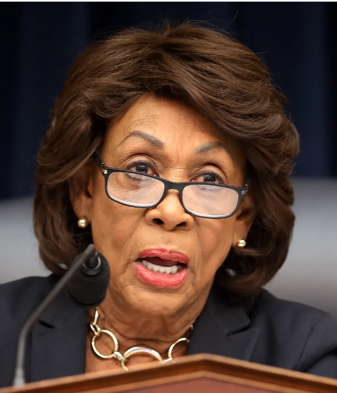 The letter said: “As the August 31st deadline for comment on this 424-page rule quickly approaches, advocates are raising serious concerns that this rule would have harmful impacts on access to credit for underserved borrowers, including borrowers of color and lower income borrowers.

Further, we are concerned that the people this rule would hurt the most are people of color, who bore the brunt of the foreclosure crisis that hit in the aftermath of 2008 due in no small part to discriminatory and predatory lending practices.

We cannot afford to backslide on what little progress we have made by rushing through this capital rule without sufficiently understanding the impacts on people of color.”

“Therefore, given the significance of this complex proposal and due to the unprecedented nature of the COVID-19 pandemic, which is greatly challenging homeowners, renters, consumers, and the broader economy, we urge you to suspend this proposed rulemaking until after the crisis passes,” wrote Waters.

The federal moratorium on evictions signed into law in March as part of the CARES Act is set to expire on July 31, setting up the potential for a wave of evictions in the middle of a pandemic that President Trump acknowledged will get worse before it gets better.

The most recent survey by the US Census showed that 23.7 million Americans had little or no confidence in their ability to pay the coming month’s rent, accounting for a third of all renters. Over half that number already reported not paying their most recent month’s rent.

A COVID 4 bill could broaden the moratorium beyond the federal level and extend it until March. It could also create a rental assistance fund.

Many view such a fund as critical because moratoria only serve as a temporary solution for people who have lost jobs and wages and have seen back rent pile up.

A Joe Biden administration will create a new public credit reporting and scoring division within the Consumer Financial Protection Bureau to provide consumers with a government solution that seeks to minimize racial disparities, for example by ensuring the algorithms used for credit scoring don’t have a discriminatory impact, and by accepting non-traditional sources of data like rental history and utility bills to establish credit.

As a first step to more broad-based support for these scores, Biden will call on federal housing programs to accept these scores in their financial assessments and underwriting requirements.

This publicly run credit registry will gradually replace the current for-profit corporate system, and is designed to be responsive to consumer needs and equity concerns rather than the corporate bottom line. A public credit registry will develop algorithms that diminish the impact of past discrimination, deliver transparent credit scoring, provide greater data security and offer a publicly accountable way to resolve disputes. The use of credit information for non-lending purposes, such as employment, housing, and insurance, will be curtailed.

The public credit registry will fulfill the CFPB’s mission of educating consumers about credit products and how to develop and maintain a good credit score.

This week I interviewed former Treasury official Craig Phillips on the current state of GSE reform, full interview posted online and a snippet of the Q&A here:

Do you anticipate further engagement from FHFA to support the mortgage servicers, such as the Liquidity Facility passed by the House in the HEROES Act?

“Servicers bear a significant cost from this exercise, from accommodating borrower calls, creating forbearance plans and ultimate resolution, and in many cases being required to advance payments for delinquent principal and interest payments as well as taxes and insurance amounts owed (that are funded through escrows). This creates an unintended burden on servicers, particularly independent mortgage banks, through no fault of their own.

I believe the development of a servicer liquidity facility should come from Congressional action and that providing relief to servicers is not the responsibility of the GSEs, particularly while in Conservatorship. There is reasonable bi-partisan support to provide a servicer liquidity facility with acknowledgement of its importance from Federal Reserve Chairman Jerome Powell and many others.

It is important to help struggling borrowers and the availability of a servicing advance facility helps accomplish that goal. A servicing liquidity facility addresses the timing of payments and cash flow to investors and is not a bailout for the industry.

The FHFA and the GSEs have taken numerous steps to mitigate the impact to servicers, including capping the maximum servicing advance period at four months. These are necessary and useful steps.”

Fed Chair Powell concluded the FOMC meeting this week stating that “the path of the economy will depend significantly on the course of the virus” meaning to us that the Fed will keep rates at 0 until it is “confident” the economy is back on track.

An economist we follow explained the best way to avoid a W-shaped recession is to prevent the virus from reaching an M-shaped infection trajectory.

Dana T. Wade was confirmed this week as HUD’s FHA Commissioner by a vote of 57-40 largely along party lines.

Wade was nominated for the position by President Trump in February of this year, and has previously served as Acting FHA Commissioner from July 2017 to June 2018.

Your grocery store may be impacting your home values

All In Credit Union integrates with Black Knight Empower LOS