As the new team at FHFA undertakes their ambitious agenda of releasing Fannie Mae and Freddie Mac from conservatorship, they are evangelizing a message that success can only come with competition. Yet those interested in joining the GSEs, but sitting on the sidelines, view the ante to gain access as formidable in nearly every respect.

Therefore, FHFA is committed to a level playing field. Director Calabria said as much in his remarks at the MBA Secondary: “To be fair to everyone else in the emerging marketplace, no one is going to get any special favors.

“So, I will be taking action administratively – and working with other regulators where necessary – to ensure that everyone is playing by the same rules across the mortgage industry.”

In an effort to put teeth to the message, Director Calabria also said: “For instance, we are actively reviewing all recent expansions into new markets and activities to put an end to the era of charter creep. Anything that falls outside the GSEs’ core business model and mission will be curtailed or ended altogether.”

These steps, combined with an expected FHFA request for the sunset of the QM Patch, will be closely followed by private capital interests testing the waters of competition.

This is the fifth Summit and it takes place as the agency, and the housing finance industry as a whole, is in the process of technology modernization. The Summit includes educational breakout sessions providing an in-depth look at Ginnie Mae’s business and presentations by FHA, VA and RHS officials. 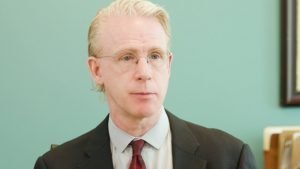 Ginnie Mae is a member of the Federal Reserve Bank of New York’s Alternative Reference Rates Committee (ARRC). The committee was established to identify best practices for alternative rates, and to develop an implementation plan to replace LIBOR.

Drayne told conference attendees: “The amount of time we have to figure everything out is less reassuring the more you look at how complicated this problem is. We at Ginnie Mae have indirect exposure to this issue…

“To the extent a Ginnie Mae Issuer wants to be in this market, we think that should be part of a diversified business plan,” Drayne said.

He went on to share that Ginnie Mae had already approved one forward Issuer transaction using SOFR.

“Ginnie Mae studied this proposal, and allowed the relevant transaction to take place. We decided that the proposal made to us was workable and we supported it. There’s now a SOFR-indexed Ginnie Mae REMIC that’s out in the marketplace,” said Michael Drayne, SVP, Ginnie Mae.

The US Senate passed the Telephone Robocall Abuse Criminal Enforcement and Deterrence (TRACED) Act by a 97-1 vote. The measure would boost the FCC’s enforcement authority over violations of the Telephone Consumer Protection Act and require voice service providers to authenticate and block illegal robocalls.

This bill requires the Department of Justice and the FCC to assemble an interagency working group to study and report to Congress on the enforcement of the prohibition of certain robocalls. Specifically, the working group will look into how to better enforce against robocalls by examining issues like the types of laws, policies or constraints that could be inhibiting enforcement.

The bill also requires the FCC to initiate a proceeding to determine whether its policies regarding access to number resources could be modified to help reduce access to numbers by robocall violators.

Experian released the 9th Annual State of Credit Report, which provides a comprehensive look at the credit performance of consumers across America by highlighting consumer credit scores and borrowing behaviors.

“We’re continuing to see the positive effects of economic recovery, especially among younger consumers,” said Michele Raneri, Vice President of Analytics and Business Development at Experian. “Since the recession, responsible credit card behaviors and lower debt among younger consumers is driving an upward trend in average credit scores across the nation. Over the last ten years, those 18 – 21 increased their credit scores by 23 points on average compared to those 18-21 ten years ago.”

The report had a number of key findings. They include the following:

As a whole, 2018 was a year marked by financial reform, consumer protection and the return of volatility for the financial markets. A large portion of the analytics from this year’s report took a close look at the credit behaviors of today and compared them to 2008, the year the US headed into the worst recession in 80 years.

Segmented by state and gender, Minnesota had the highest credit scores for both men and women. Data also showed that women had higher credit scores than men, consistent with 2017 and 2008.

Average revolving utilization has creeped up in the past decade, but only two percentage points from 28% to 30%, while both average non-mortgage and mortgage debt has increased 5% and 9% respectively. Not surprisingly, the report reflects that delinquency rates have also increased over 20% since 2008, though down from last year.

In conclusion, there’s a lot to learn from both 2008 and 2018. One of the most important and resonating takeaways might be that while fortune may not seem to favor the young, younger consumers are exhibiting responsible behaviors and higher credit scores, setting precedence for consistent and better financial health in the future.

This month we are focusing our Women in Leadership series on Bernadette Kogler, President of RiskSpan; she is a mortgage industry leader and the one I often associate with bringing blockchain technology to the forefront of structured finance.

In the interview, Kogler told me: “When we began to work with blockchain tech, it was obvious to us that structured finance is the ideal use case. Blockchain is a technology that can be truly transformational to the business and its network. Members of a blockchain can communicate directly with each other and address the challenges of transparency, trust, and reliability in loan data and transactions. It has the potential to help us regenerate trust in the post-crisis market.

Kogler also said: “RiskSpan was an early adopter of cloud technology—we migrated our SaaS platform to AWS in 2010. Partnering with AWS was a logical step forward as we continued to synergize our product and services lines of business. We are working to build a team of AWS-certified developers within our consulting division and plan to capitalize on our platform and help clients leverage the benefits of the cloud.”

The full interview can be found on our website and is part of our collaboration with NEXT Mortgage Events. One point Bernadette mentioned really drives home why I value and view our alliance with NEXT as so important:

“I often tell young women (including my own three daughters) ‘Put your pencil down and go to lunch.’ What I mean by this is get out of the office and network.”

The National Flood Insurance Program is facing a short-term lapse and any home buyers who require federal flood insurance are encouraged to move any June closings up to May 31 if possible.

The NFIP expires at 11:59 p.m. on May 31. The Senate has approved two bills to extend the program. The first bill is part of a disaster relief legislative package that would extend the NFIP through September 30 and the second bill is a two-week extension. The House has not approved either.

This impasse will result in a short-term shutdown of the NFIP until Congress returns next week. 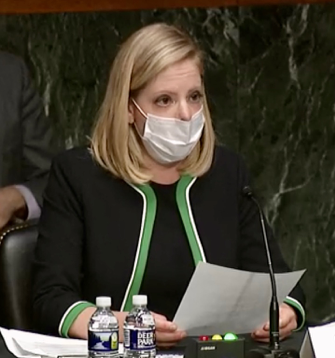 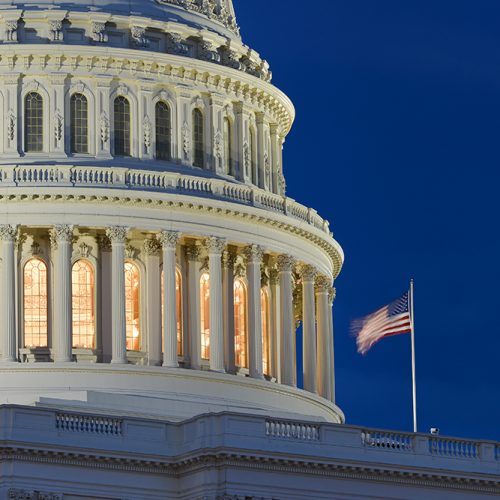 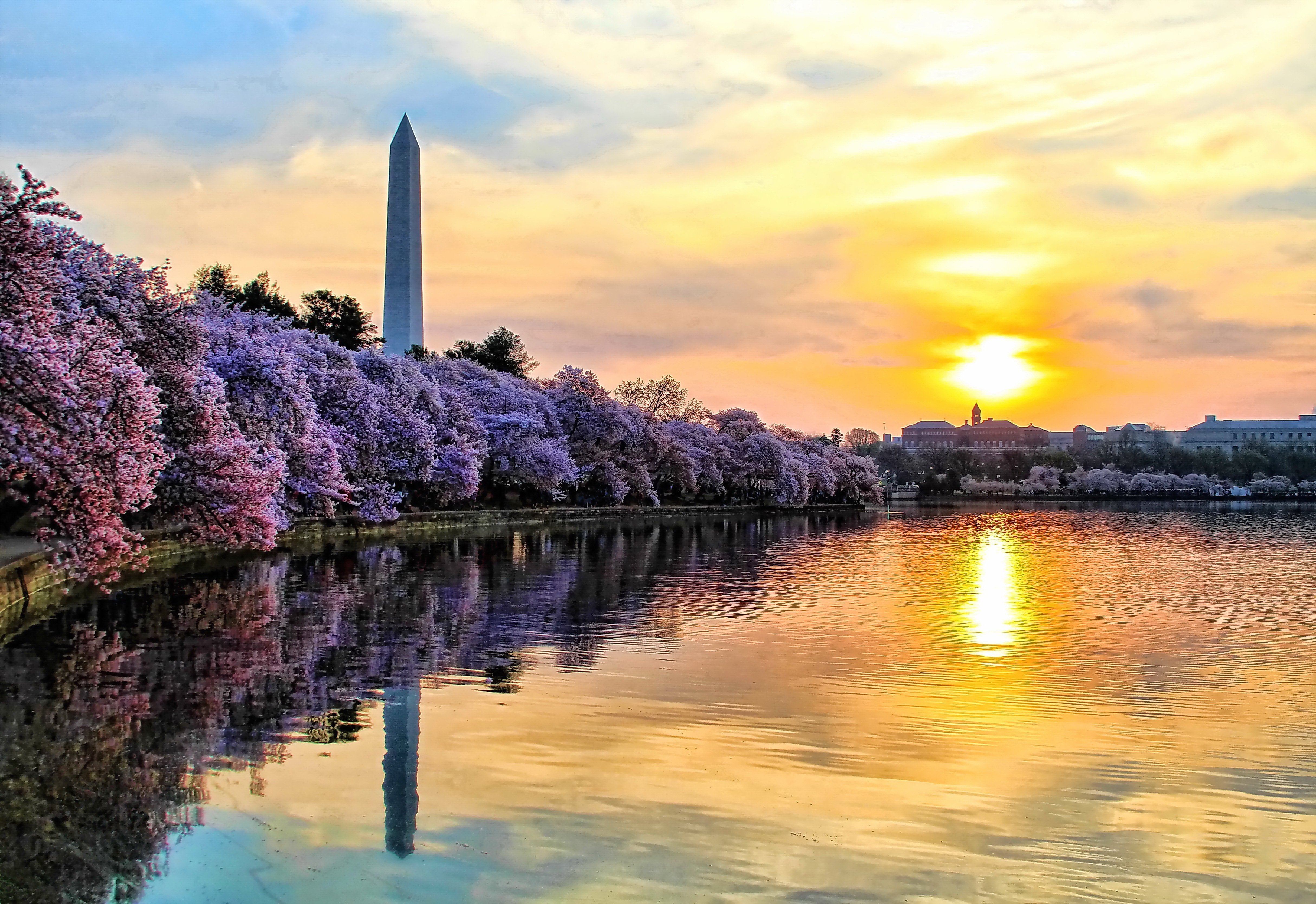