There is growing angst in political circles from those who seek to elevate the issue of ‘housing’ into the debate as the nation heads toward the 2020 elections.

Through several nationally televised debates for the Democratic Party, the big issues have been healthcare, climate change, gun policy and who can beat Trump.

One prominent housing advocate lamented this week that … “The public is demanding solutions. Eighty-five percent of people in America believe ensuring everyone has a safe, accessible and affordable home should be a top national priority, and 8 in 10 voters want major action from Congress and the White House. There’s some rare bipartisan agreement around the urgency of this issue: Candidates with a detailed plan to make housing more affordable are more likely to garner support at the polls from Democrats (91 percent), Independents (70 percent) and Republicans (63 percent).

The issue’s absence on the debate stage is particularly glaring given its paramount importance to voters. According to a recent national poll, 60 percent of people in America say housing affordability is a serious problem where they live—that’s up an astounding 21 points from 2016.”

But housing has not broken through, and if past is any indication, it will not.

This week HUD Secretary Ben Carson took a first-hand look at the homeless challenge in Los Angeles as the Administration’s Council of Economic Advisors published a report on The State of Homelessness in America.

Carson toured a Union Rescue Mission shelter and then promoted Opportunity Zones to convert nearby empty warehouses into job producing factories and suggested the elimination of layers of regulation to make it easier and cheaper to build more housing.

In one of his first moves to address charter creep, FHFA Director Mark Calabria announced this week that FHFA would cease the pilot activities for the financing of mortgage servicing rights. 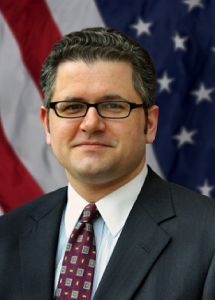 The MSR pilot began in 2018 to provide financing to non-bank servicers as they continue to account for a growing percentage of the Enterprises’ overall servicing portfolio. However, while both government-sponsored enterprises were approved for the MSR pilot, only Freddie Mac chose to participate.

The pilot termination is an example of FHFA’s review of all recent expansions into new markets and activities to put an end to the era of charter creep.  Calabria has previously stated his intent to address anything that falls outside the GSEs’ core business model.

“Going forward, the Enterprises should focus on activities that are core to the guaranty business, mitigate risk, and are essential to end the conservatorships,” said Federal Housing Finance Agency Director Dr. Mark Calabria.

The Federal Reserve reduced the key, short-term federal funds rate by 25 basis points to a top rate of 2% at the conclusion of its September Federal Open Market Committee meeting. This was the second cut in 2019, partially reversing a set of increases enacted in 2018. The more dovish stance of the Fed is good for housing and home building, as forecasts for slow growth continue to be a headwind for additional construction growth.

There was notable disagreement among the members of the FOMC. Three Fed regional presidents voted against the move, with two arguing for no rate reduction and one a supporter of a more aggressive 50 basis point reduction. This disagreement, in opposite policymaking directions, is reflective of the greater amount of economic uncertainty that currently exists. The dissents were the highest number since 2014.

The latest National Association of Home Builders/Wells Fargo Housing Market Index (HMI) was published this week and the data reflected a slight upward tick in home builder confidence in the market for newly built single family homes. The index followed a recent pattern with a one point move to 68 in September.

The HMI sentiment has been in the mid-to-upper 60s since May. The HMI reports that builder optimism in recent months has been fueled by low interest rates and solid homebuyer demand.

According to the index, September’s level now marks the highest reading since October of last year.

“Low interest rates and solid demand continue to fuel builders’ sentiments even as they continue to grapple with ongoing supply-side challenges that hinder housing affordability, including a shortage of lots and labor,” the National Association of Home Builders Chairman Greg Ugalde said.

In September, the index measuring current sales conditions rose from 73 to 75 points, while buyer traffic remained unchanged at 50. However, expectations over the next six months fell a single point to 70.

NAHB’s Home Building Geography Index indicates that the slowdown in the manufacturing sector is holding back home construction in some parts of the nation, although there is growth in rural and exurban areas.”

That being said, the three-month moving averages for regional HMI scores show the Northeast grew from 57 to 59 points, the South moved one point from 69 to 70, the West increased two points to 75 and the Midwest held steady at 57 points.

In my corner this week, I am excited to see FNMA’s Q3 Mortgage Lender Sentiment Survey showing the net profit margin outlook for mortgage lenders hit a survey high.

The recent widening of the primary/secondary mortgage spread appears to confirm mortgage lenders’ reported profitability. Mortgage rates typically do not fully absorb a contemporaneous decline in Treasury rates, due in part to temporary capacity constraints and increased hedging costs for lenders.

For refinance mortgages, across all loan types, the net share of lenders reporting demand growth over the prior three months and next three months continued the upward trend that began in Q1 2019 and which has now reached new survey highs.

Fannie currently estimates that approximately 40 percent of outstanding mortgages, or about $4.1 trillion of unpaid principal balance, would likely experience a benefit from refinancing, and the share of refinance originations is expected to grow through the remainder of the year.

Lenders indicated that credit standards moved to net tightening for GSE-eligible and government loans, with the share of lenders reporting tightening higher than the share reporting easing.

Mortgage banks and credit unions continued to indicate a net easing of credit standards over both the prior three months and next three months for non-GSE loans. However, depository institutions indicated a net tightening of credit standards over the prior and next three months. This shift in depository institution appetite for retained mortgage risk is consistent with the soon-to-be-enacted CECL accounting.

The House voted late this week to approve a stopgap government funding bill that would avoid a government shutdown on October 1 by maintaining current spending levels until November 21.

The Continuing Resolution includes a provision to extend the National Flood Insurance Program thereby once again putting off any long-term reform of the program.

Housing completions increased by 2.4% month-over-month in August 2019, up to a seasonally adjusted annual rate of 1,294,000, 5% higher than last year according to the latest Residential Construction Report from HUD and the US Census Bureau.

Down payments doubled during the pandemic housing boom

Gen-Zers most likely to back off homebuying plans