While ballots still are being counted, 525 Habitat for Humanity organizations from all 50 states, Puerto Rico and Washington, D.C., sent letters to leaders of Congress and the Executive Branch calling for “urgent housing relief.” Habitat is calling on members of Congress to take immediate action on housing stability and investment, as soon as they return to Washington. 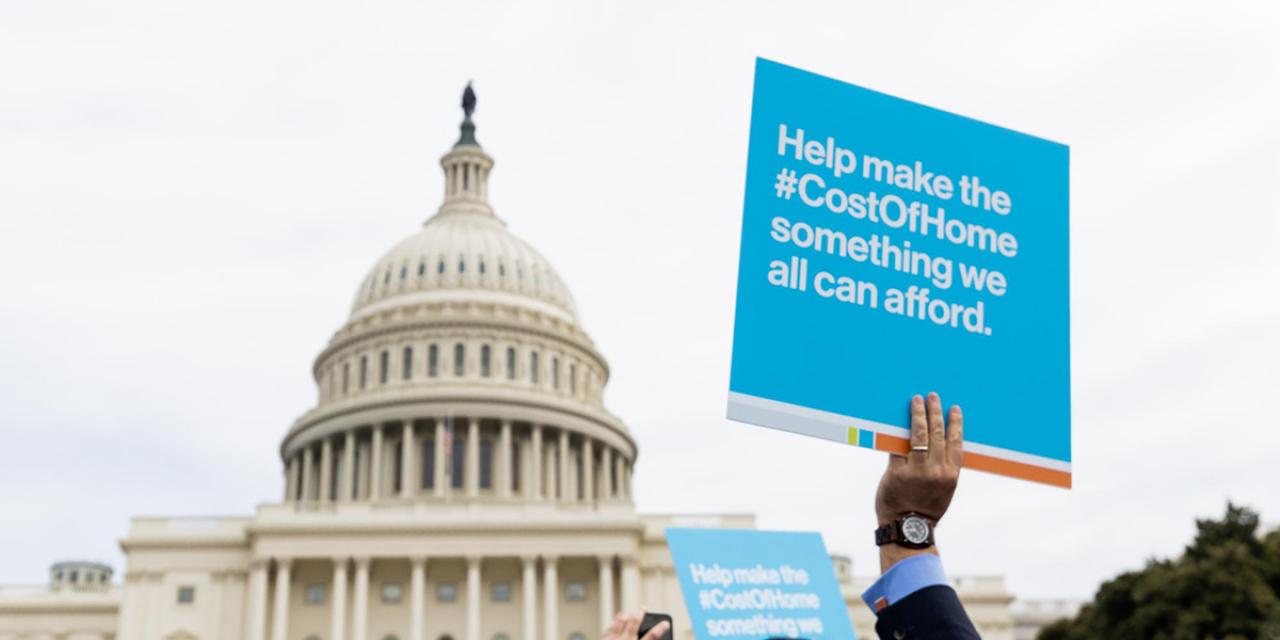 The Centers for Disease Control and Prevention (CDC) eviction moratorium is currently set to expire Dec. 31, as is the Federal Housing Finance Agency (FHFA) moratorium on foreclosures of homes backed by Fannie Mae and Freddie Mac.

Time is ticking. Research data show 30 million to 40 million people in the U.S. are at risk of eviction or foreclosure and bankruptcy when housing protections expire on New Year’s Eve.

“We need to come together and focus our energies on a crisis taking place in homes across all of our nation, red and blue, urban and rural. There is no time to waste. It’s time to act now for housing,” said Jonathan Reckford, CEO of Habitat for Humanity International. “Policymakers at all levels of government must revive their efforts to both provide immediate housing stability and invest in housing as the foundation to long-term economic and societal recovery. At a time when a safe and decent home has never been more important, millions of American families need action to make the cost of home something we all can afford.”

Habitat is calling on both the newly elected and reelected policymakers at all levels of government “to treat housing as infrastructure and a driver of economic recovery, as they set their 2021 legislative agendas,” by including robust funding to build affordable homes, as well as ensuring equitable access to healthy housing and communities of opportunity.

Habitat for Humanity organizations across the country are reaching out to policymakers through the Cost of Home national advocacy campaign to help enact “policies that will enable access to affordable homes.” The campaign aims to build awareness about the fact that “families all across the United States are paying too high a price to cover the cost of home.”

The goal is to continue its housing advocacy efforts by working with elected officials at all levels of government “to find and implement policy solutions that will enable access to affordable homes for 10 million people in the U.S. over the course of the five-year Cost of Home campaign.

Habitat reportedly is outlining “a set of immediate priorities for the current Congress to undertake to provide immediate housing relief, including mortgage and rental payment assistance that will help stave off a looming eviction and foreclosure crisis, which would disproportionately impact communities of color.

“The American people have been through a lot with the pandemic uprooting any semblance of normal life and a divisive election that has left us all exhausted,” added Reckford. “But we can’t afford to take a break.”

The vote — as the nation waits for the final election results — showed bipartisan goodwill and awareness of the growing need to create more affordable housing and its potential to drive economic empowerment.

“Whenever we allocate federal tax credits, the demand always far exceeds the supply of tax credits we have available. At a time when a growing number of Pennsylvanians have to spend too much for stable housing, these state tax credits will be greatly appreciated.”

The federal LIHTC program has been the main affordable housing, construction-financing vehicle for the last 34 years. It allocates tax credits developers can use to raise capital for the construction of affordable rental housing, PHFA explained in a statement.

In exchange, developers agree to keep rents affordable in the apartments they built, for a number of years.

Pennsylvania’s LIHTC program provides the same type of framework. It directs PHFA “to establish guidelines and procedures for administration of the state tax credit to qualified affordable housing projects,” in line with the current federal LIHTC program. It does not provide “an initial allocation of tax credit authority,” but assures the program is ready when credits are available.

“We want to thank all the housing advocates and affordable housing groups who came together in support for this important legislation,” added Wiessmann.

“Federal tax credits have proven their worth for more than three decades by financing the construction of tens of thousands of affordable rental units here in Pennsylvania. Our thanks go out to state legislators and the governor for creating a similar program on the state level.”

Homes sold 13 days faster than last year in October, and one day faster than in September, “thwarting the usual fall slowdown,” according to Realtor.com. Homes sold in 53 days in October marking the first time since 2011 that “the pace of sales has sped up from September to October,” and suggesting buyer competition continues.

Within the nation’s 50 largest metros, homes sold even faster, at 45 days on market. Buffalo, N.Y. was the only metro where homes took an additional seven days to sell, compared to a year ago.

Even though homebuyers pay prices fixed at summer’s peak of $350,000, according to the realtor.com Monthly Housing Trends Report, the U.S. housing market sales continued at near record levels in October for the first time since 2011.

“In the fall, we normally see homes sell more slowly and prices pull back from peak levels. But this October, we saw a drop in the time it takes to sell a home,” said Danielle Hale, chief economist for realtor.com. “Drawn in by low mortgage rates and the hope of more space, buyers have stayed in the housing market this fall, keeping prices high and pushing time on market to unseasonable lows.”

This October, the median listing price grew 12.2% year-over-year, to $350,000 – further accelerating the 11.1% price growth reported in September. Comparatively, in a normal year, prices would have dropped anywhere from 1% to 4% from summer’s price peak.

October also marked an improvement in newly listed homes, which were down 7.7% compared to last year, a substantial improvement from September when new listings were down 13.8%.

That could indicate relief ahead for weary buyers, the report notes, especially in the Western and Northeastern markets where new listings increased 7.2% and 4.1% respectively.

“Although we saw growth in newly listed properties in the Northeast and West this month, we’ll need a consistent wave of fresh homes hitting the market in order to better match persistent buyer demand,” said Hale.

Down payments doubled during the pandemic housing boom

Gen-Zers most likely to back off homebuying plans