Last November, Craig Phillips, former advisor to the secretary of the treasury, delivered the keynote address at #NEXTDC19 to a packed room filled with hundreds of top executives in mortgage, fintech and housing policy. During his talk, he perked up a lot of ears with his insider’s perspective on a number of issues, including the plan to release Fannie Mae and Freddie Mac from conservatorship.

However, a lot has happened since then, and enquiring minds are interested in hearing his take on the latest developments. Faith Schwartz, president of Housing Finance Strategies, the organization co-producing the #NEXTDC series of events, reached out to Craig to get his insights.

Here’s what Craig had to say. 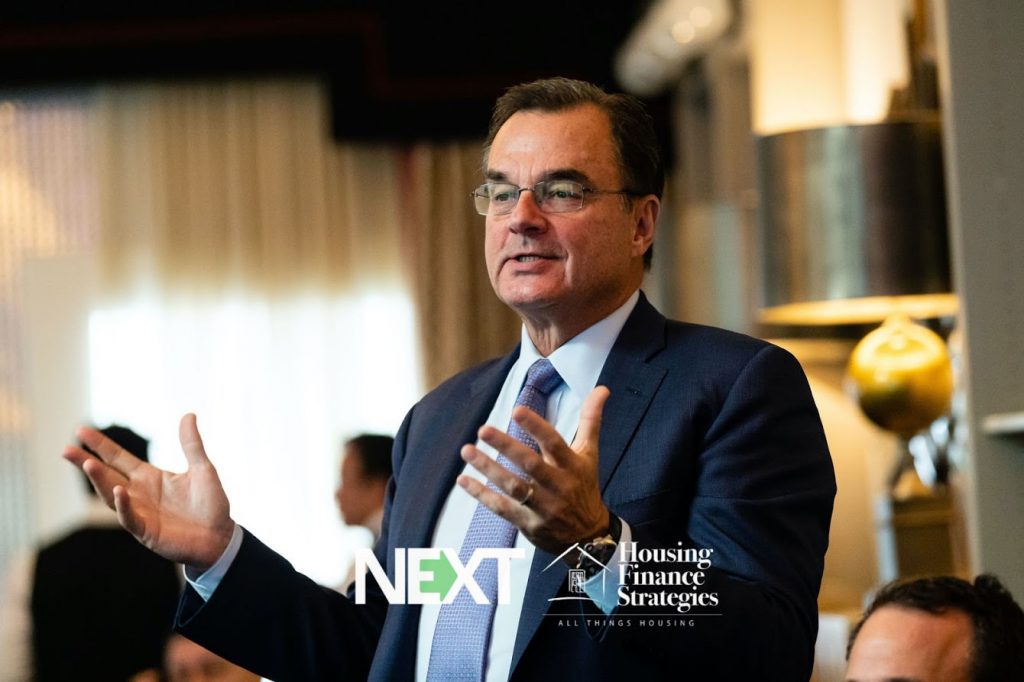 Since our interview, FHFA did move forward with re-proposing the Capital Rule. Given what we have learned, did the changes justify the cost of the delay?

The current notice of proposed rulemaking incorporates a number of elements that are aligned with international capital standards for systemically important banks and other financial institutions, including defining not only the quantity but quality of capital, adjusted total assets and a clear Tier 1 Leverage ratio and the specification of a number of capital buffers (including a countercyclical capital buffer). The current proposal also addressed a number of elements relating to pro-cyclicality that were a concern in the previous rule.

Adopting final capital rules is a complex undertaking, normally years in the making, so the delay in finalizing this proposal is not unusual.  I am hopeful that the FHFA will move quickly to conclude a responsible comment period, process the results and adopt a final rule. That is a next key step in completing housing reform.

The comment period currently ends on August 31, 2020 and I would be surprised if that is not extended by at least 30 to 60 days, which on the outside puts us into late October for the FHFA to begin processing comments and proposing a final rule. Based on normal timelines, that would put adoption of a Final Rule likely into early 2021. While that crosses over the political cycle of the election, and potential consequences thereof, the deliberate approach is certainly warranted for a rule of this significance.

FHFA named Houlihan Lokey Capital as its Financial Advisor for planning the GSE IPOs. Fannie and Freddie have also retained advisors. How are these efforts tracking with what many view as the largest IPOs in history?

Having all parties retain financial advisors is an important step to move forward with plans to recapitalize the GSEs so I applaud this development. Along with legal and accounting advisors, the financial advisors can provide a practical path forward for the FHFA to accommodate appropriate regulatory action while the GSEs undertake their corporate responsibilities as issuers of potentially large equity offerings.

The net worth sweep was ended and in due course the Enterprises will build up substantial retained earnings, but at some point, capital raises in the market will be necessary to shorten the period to full recapitalization.  The ultimate disposition of the Treasury’s interest in the senior preferred stock and warrants entitling them to purchase 79.9% of the common shares of each Enterprise is also important. Of course, much unresolved litigation remains outstanding. This is another consideration in developing an approach to accessing capital in the market.

Unfortunately, we no longer have the robust conditions in the capital markets that we had prior to the COVID-19 pandemic, although the equity markets remain vibrant and are accommodating quality primary and secondary offerings. Getting plans in place and preparing for initial offerings should remain on course and be part of a multi-year plan that can provide predictability to equity investors and stability in the housing finance market.

The passage of the CARES Act thrust significant forbearance costs on mortgage servicers. To date, Director Calabria has taken small steps directing the GSEs to absorb some of the forbearance costs. Do you anticipate further engagement from FHFA to support the mortgage servicers, such as the Liquidity Facility passed by the House in the HEROES Act?

I am pleased that Congress recognized the challenges of mortgage borrowers and created a framework for servicers to provide forbearance for government mortgages. I fear that the provisions are perhaps too broad which create potential challenges for servicers and capital markets participants, and ultimately for borrowers themselves.

Servicers bear a significant cost from this exercise, from accommodating borrower calls, creating forbearance plans and ultimate resolution, and in many cases being required to advance payments for delinquent principal and interest payments as well as taxes and insurance amounts owed (that are funded through escrows). This creates an unintended burden on servicers, particularly independent mortgage banks, through no fault of their own.

I believe the development of a servicer liquidity facility should come from Congressional action and that providing relief to servicers is not the responsibility of the GSEs, particularly while in Conservatorship. There is reasonable bi-partisan support to provide a servicer liquidity facility with acknowledgment of its importance from Federal Reserve Chairman Jerome Powell and many others.

It is important to help struggling borrowers and the availability of a servicing advance facility helps accomplish that goal. A servicing liquidity facility addresses the timing of payments and cash flow to investors and is not a bailout for the industry.

The FHFA and the GSEs have taken numerous steps to mitigate the impact to servicers, including capping the maximum servicing advance period at four months. Likewise, Ginnie Mae has facilitated the development of a servicing advance facility for loans in their securitization programs. These are necessary and useful steps.